That's not what I meant (R)

Whilst reading this, contemplate how someone in Saxon England would never have been described as being unable to read, for 'read' had a quite different meaning.

Rabbit, that long-eared lagomorph that isn't a hare, is a comparatively recent term for all rabbits. As recently as the eighteenth century it referred to the young only, the adults were known as 'coneys' (pronounced to rhyme with 'money'). 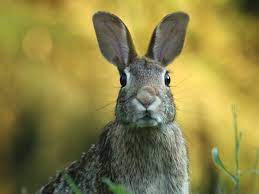 Race was not always a reference to a contest of speed, for in the thirteenth century it simply described any forward movement.

Raid is a synonym for 'attack' and particularly a military action. In the fifteenth century it referred specifically to an attack by mounted cavalry.

Random has undergone a very big change in meaning, for while we use it today to mean 'arbitrary, haphazard', in the fourteenth century it described 'great speed'.

Rank in the modern sense of 'foul, offensive' had two different uses in the twelfth century, either meaning 'proud' or 'fully grown'.

Ransack is to search untidily today, but its original meaning in the thirteenth century was simply 'to seek', with no suggestion of anything criminal.

Rascal or 'rogue' first came to English in the fourteenth century as a mass noun describing 'a rabble, encampment'.

Read is something you're doing right this minute, but in the days of Saxon England it meant 'think' or 'guess'.

Recipe is a Latin word meaning 'take' which is how it was first used in English when giving instructions or directions. This was used not only in the kitchens of fourteenth century England, but also in what passed for operating theatres. 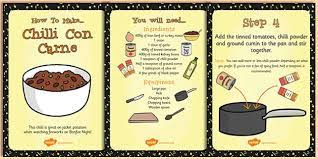 Reduce or 'diminish' today but, in fourteenth century England, the original Latin meaning of 'to lead back' was still used.

Refund or 'repay' today, but in the fourteenth century it specifically meant 'pour back'.

Regular or 'steadily to a plan' today, but originally was only used in a religious sense as the opposite of 'secular'.

Relent is a synonym for 'forgive' or 'more often 'less strict' in the modern dictionary, but in the fourteenth century it was used to mean 'melt' or 'dissolve'.

Repertory is today only used for a theatre company, they typically have one company producing different plays. Very different se in the sixteenth century, when the word could be used to mean 'index, list, storehouse'. 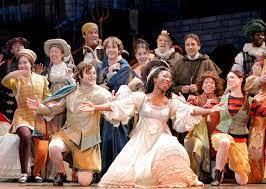 Reprieve is something a prisoner will hope to hear, for it delays or relaxes punishment. Sixteenth century prisoners would have dreaded hearing they were reprieved, as it then referred to them being sent back to prison.

Restive, as in 'fidgety, restless', is another with the original meaning being quite the opposite, for in the sixteenth century it described someone who couldn't bring themselves to move.

Reverie is probably best described today as 'a daydream, wistful', but when it first came to England in the fourteenth century, was used to describe wild delight, raucous celebrations - something rather different from the modern idea.

Ribald is to be coarse or lewd. In the sixteenth century it was a noun, a retainer of a minor nobleman who was a general dogsbody.

Romance, when it first came to English, referred to a tale of adventure told in verse form.

Rota, or 'list of duties', is from the Latin word rota meaning 'wheel' and was used as such from 1659 when the name of a London club. Not until the nineteenth century was 'rota' used to mean the same as 'roster'.
Posted by Anthony1956 at 05:00