Whilst I am always interested in learning new words, it is never so much the meaning as the origins which intrigue me. A couple of years ago I looked at words with different usages, despite sounding the same or having identical spellings. Were there two completely different origins and the identical spelling is pure coincidence or has the word simply been used to mean two different things?

Here are another selection and, having done A to H before, now continue with a selection of others:

Iron is a very old word with common roots for this noun in Celtic isarnon, Sanskrit isirah, and Proto-Indo-European isero. All this mean such as 'vigorous, strong, holy, powerful, etc., this showing iron was stronger than the earlier bronze metal. As a verb, meaning to remove the creases from clothes, it is unknown before 1670 and (rather predictably) because the heated implement was made from that metal. Science gives us the ion, a word from the Greek and originally meaning 'to go'. 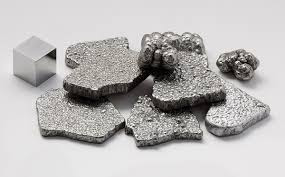 Jam, when used as a verb, likely comes from the same root as Middle English cham meaning to 'bite or gnash' and seen in the modern word 'chomp'. Asa noun, used for the fruit preserve, not seen written until 1730 and comes from the verb for jam could be seen as crushed fruit. Jamb, the side of a door or window, comes from old French jambe meaning 'a leg shank', presumably likening the shape of the latter to the former. 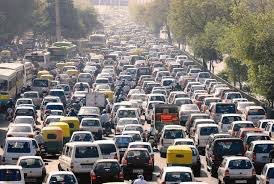 Journey again is used as a verb and as a noun. The original fourteenth century use of the verb would have the modern synonym 'commute', for this came from Old French and simply meant 'a day's work or travel'. As a noun, which is how it is most commonly used today, refers to the act of travelling.

Key in the most common usage refers to that which opens a lock, comes from a Proto-Germanic meaning 'to cleave, split', which is exactly what unlocking could be said to represent. In a musical sense it came from the French and Latin, and shares a root with another musical term 'clef'. Quay comes from Old French where the landing place was simply a chai or 'sandbank'. 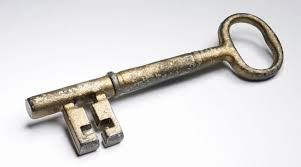 Kind as an adjective comes from a Germanic root which has also given us 'kin', thus the sense was originally suggesting kindness began with one's family. Using it to mean 'variety, type' has the same origin, for the sense 'nature, race' suggests cynn or 'family'.

Know, as in 'to perceive, be aware', comes from Proto-Indo-European and has hardly changed since gno. No, every child's favourite word, is predictably one of our oldest words. Less predictable is how the English root is in 'not', hence the opposite was once 'to be' rather than 'affirmative'.
Posted by Anthony1956 at 11:29