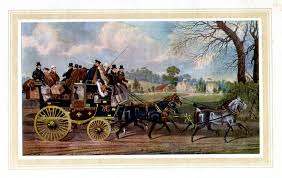 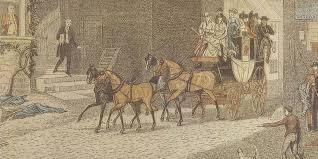 After the crash four passengers were taken to the house of Reverend W Grindon, one seemingly lifeless and put to bed as blood was coming from his right ear – he died at 4pm the following afternoon having spent the interim in sheer agony. A shoemaker from Birmingham named Henderson had a dislocated shoulder; a seafaring man named Steele had many contusions to his head and body – both men were taken to a nearby public house to await treatment. Captain Ingram of the West Indies Regiment was the sole passenger travelling inside the coach, he received a broken collarbone and taken to the Kings Head Inn. The other passengers were not greatly injured and resumed their journey. Both coachman and guard received minor injuries.
Posted by Anthony1956 at 05:07