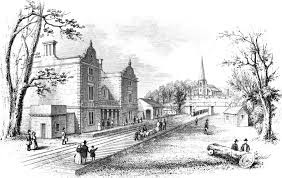 The coroner questioned if it was common for shunting trains to be dancing about here while passenger trains are leaving. When told it was usual but not common, he advised that such should be avoided as far as possible. Verdict: Accidental Death.
Posted by Anthony1956 at 05:51