For Valentine's Day, I thought I would take a look at the many terms of endearment found in English. Of course, I will look at these through the eyes of the etymologist. I've only used single words, phrases and most compound terms are ignored - and, most importantly, I've quite obviously stuck with those which may convey a slightly different meaning.

Babe is actually an earlier word than 'baby', itself the diminutive of 'babe'. The word is first seen as baban in the early thirteenth century, which almost certainly began as being imitative of baby talk (just as the word 'babble' is).

Honey is an old word, originates in Proto-Germanic hunang with the same meaning. The root is Proto-Indo-European, although it is not clear what that root is. One suggestion is kenekos meaning 'golden, yellow' or even 'brownish', all of which could describe the colour of honey. Such simplicity is common in early forms of language, for example many animal names are derived from their colour: bear 'brown' and hare 'grey'. 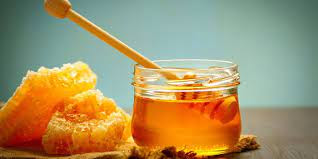 Sweetie is a diminutive of 'sweet', itself from Old English swete which, rather than describing a taste, referred to a person's disposition as 'pleasant'. Hence, what is seen as the modern use of 'sweet' is actually the original.

Love has not changed in meaning since its earliest known form of Proto-Indo-European leubh, used to mean 'care, desire, love'.

Sunshine is related to an Old English word sunscin which meant 'mirror'. It is worth noting how in the times when Old English was spoken, a mirror was a valuable item.

Dear is, like the word 'love', unchanged in all its meanings throughout its use.

Darling is a diminutive of 'dear' above.

Cupcake is not known as a compliment until the 1930s. It seems improbable that it could ever have been intended to refer to someone as 'sweet and desirable' - always assuming you like cake, or course.

Muffin is a word which is common to Western European languages, be they in the Latin group (French, Spanish, Italian, Portuguese) or the Germanic arm (English, German, Dutch, Danish, Norwegian, Swedish), for both refer to a soft cake or bread roll. 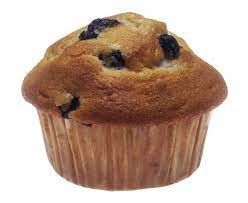 Buttercup is a word unrecorded before 1777. Earlier the flower was known by two names, either a goldcup or a butterflower. Clearly all three names refer to the colour and shape of the flower, although why and when it was first used as a term of endearment is unclear. 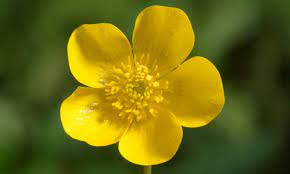 Sugar is sweet, which is why it was used as a term of endearment, but the etymology of 'sugar' is not quite so complimentary, for we find words in Arabic, Persian, Latin, and Sanskrit all meaning 'grit, gravel' coming from the Greek for 'pebble'. Sugar originated in India (hence the Sanskrit link) and spread around the old world courtesy of the empire of Alexander the Great, who marvelled at this 'honey without bees'.

Beautiful is from 'beauty', itself traceable back to Proto-Indo-European dw-en-elo meaning 'to do, perform, show favour, revere' depending upon context.

Peach is from the soft fruit, itself named as it was referred to as 'the Persian apple'. 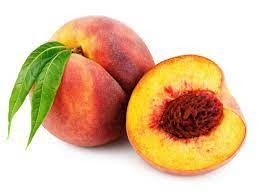 Gorgeous comes from 'gorge', a French word used rather differently to the English version in staing 'something adorning the throat', and derived from the Proto-Indo-European gwora 'food, devour'.

Doll is a pet form of the name Dorothy, although today it is most often used to describe the child's toy (as it has since 1700). Earlier, from 1610, it was used to mean 'mistress, paramour', by 1640 the term was a synonym for 'slattern', and from 1778 is also seen as meaning 'silly woman'.

Tiger goes back to Old Persian tigra meaning 'sharp, pointed'. Fitting for the large cat, but perhaps not for a man.

Handsome is a compound, where the two words first united in the late 14th century to describe something as 'appropriate', and not seen in the modern sense until 1580.

Stud can be traced to Proto-Indo-European sta when it meant 'to stand, make firm', which should be seen as a permanent settlement where horses were bred.

Casanova clearly comes from the man renowned for his promiscuity, the 19th century Giacomo Girolamo Casanova. To understand this more, perhaps we should Anglicise the rogue's name - in which case we would be referring to Jacob Jerome Newhouse. Try describing that ladies man as a 'Newhouse' and see where it gets you. 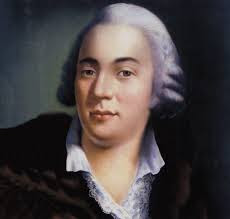 Dreamboat comes from a song released in 1936 entitled When My Dream Boat Comes Home, although some sources credit it to the book entitled Dream Boat, published in 1929.

Sexy is clearly derived from 'sex, the latter coming from Latin sexus 'male or female'. Earlier roots are unclear, although there is some thought of it being dervied from the same root as 'section' and thus meaning 'divide'.

Munchkin is first seen in L. Frank Baum's The Wonderful Wizard of Oz published in 1900. The author never explained how he came up with the word.

Precious is related to 'price', itself from Proto-Indo-European pret-yo meaning 'to sell'.

Poppet is an early form of 'puppet', and became a term of endearment in the later 18th century, about the same time as it came to be used as an expression of contempt.

Hen, a slang term for a woman initially but one which also came to be used as a term of fondness, comes from a root which meant 'to sing'. Now I have often heard hens clucking, and would never refer to it as singing - although the 'hen' here is used to refer to the female of all birds.

Pet clearly comes from the use of the word as a favourite domesticated animal, the verb 'to pet' derived from that. But the word isn't seen until the late 15th century, prior to that it has the same origin as 'petty', from the French petit 'small'.

Mate has all manner of meanings throughout history - friends as much as much as mating - and all derived from ga-matjon which meant 'one having food together'.

Duck, as a term of endearment, comes from around 1580, when it would have referred to a person who walked with a waddle - as pregnant women are apt to with their balance affected by the excess weight carried. The word for the bird describes its tendency to dip below the water.