4th September 1911 and at Hanch, north of Lichfield near the present golf club, Herbert Freeman, aged 46, attempted to kill his wife Maud aged 33. Had been living at Craddock’s Yard, Wilcox’s Entry, Tamworth Street, Lichfield. They only married on August 8th, 27 days earlier, and it had already proved to be a terrible marriage.

Their wedding reception was held at the Windsor Castle Inn, Lichfield. Here they fought and were asked to quit but refused and so found themselves in front of magistrates charged with disturbing the peace – at their own wedding reception! Over the next four weeks matters did not improve. On the 4th September they were out on Cannock Chase together and called at the Roe Buck Inn, Wolseley Bridge - now known as the Wolseley Arms. Here they found Alfred Black, a dreyman of the Lichfield Brewery. and obtained a lift back on his float.

All went well until they reached Handsacre, as they left she put her hand in her husband’s pocket. He accused her of trying to rob him, although later claimed it was a joke. Words ensued, then he pulled out a long-bladed knife and threatened to kill both his wife and the driver, Alfred Black. The driver was alarmed but offered to help when Maud said she was hurt, he offered to take her to the nursing home in Lichfield. On reaching Hanch Hall the passengers alighted, husband saying he would take care of her. It seems he took care of both of them – first cutting his wife’s neck before turning to his own and severed the windpipe. When police and doctors arrived at 9pm, two bodies were found lying in a pool of blood. He was dead, she found unconscious but when taken to Rugeley District Hospital she gave an incoherent account of events. 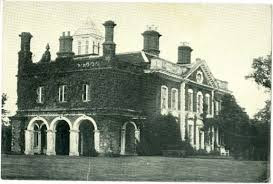 Maud Shipley, as she had been known, was previously married to a workman for the local council, until he met with an accident at Lichfield Isolation Hospital the previous year and had died at Birmingham Accident Hospital from his injuries. Herbert’s daughter Alice Freeman said her mother died in December 1903 and her father had had no regular employment for the last 12 months but was a good father and fed and clothed his children well. Since the fight on their wedding night there had been many quarrels. On the day in question both were taking the train from Lichfield Trent Valley to Hagley, he to seek employment in the railway track widening work, she to look for a home at Hagley as they had been given notice at Wilcox’s Entry. Inquest was adjourned until October 3rd to trace further witnesses. 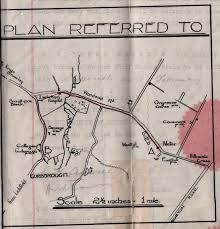 When reconvening, Alfred Black said Herbert had knocked her to the floor and thrown her from the float, she appeared to be hurt. Another witness driving a car picked up the story. He saw two people near Hanch Hall apparently fighting. He raised the alarm when he discovered the woman on the ground and apparently dead, while the man was still alive. He went to Hanch Hall to summon assistance, it was they who discovered Maud had two deep cuts to her neck although Herbert had but one cut but was dead. Another witness, a labourer at the hall, described how Herbert had hit his wife twice across the face with his umbrella, words were exchanged and there was much pushing. Policeman described the spring knife as that which poachers knew as a rabbit-legger or a buck-sticker. By the time the doctor arrived the man had been dead for 1.1/2 hours. Wife had two deep wounds about 3 inches long, one from the middle of the neck to the left side of the jaw and 3/4 inch deep and opened up a similar gash in the gullet, the right side was but a scratch. She also had a blackened left eye, finger-shaped bruises on her arms and other bruises about the body and legs. The man had fingernail scratches on his arms and face. He had a 4 inch wound to the throat, deep enough to expose the back of the palate, jugular was severed and death would have come in a matter of seconds. The man was also missing a finger and thumb on the left hand but this was from an old injury. His body also showed signs of alcoholism. 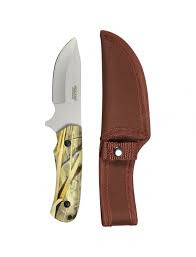 Then the wife gave evidence, having recovered from her injuries. She said on the afternoon of their marriage he had tried to strangle her. Soon after had got her on the sofa and held a knife to her throat, but released her when someone tapped on the window. She maintained he was a good man with no drink in him. On August 27th he had forced her upstairs and threatened to kill her, even sleeping with the open knife in his hand should she attempt to move. When drunk he was a jealous monster, sober he complained of pains in his arms and head. The tussle was exactly as others had described, adding he grabbed her around the neck with his left arm, she could not get away, he was too strong. He pushed the knife into her throat. She collapsed and laid her down and he kissed her forehead. She awoke to see him lying three feet away to her right, the poachers knife on her left but she did not know this until later. He was clutching his throat, his face down. With some deliberation as to the location of the knife the jury delivered the verdict of suicide after attempting to murder his wife.
Posted by Anthony1956 at 04:17