Here are another selection and, having done A to N before, now continue with a selection of others:

Object can be found as a noun and as a verb. The noun, describing a physical item, came to English from Old French object, from Latin obiectus meaning 'lying before, or opposite', and ultimately from Proto-Indo-European ob ye or 'to throw against'. These earlier forms are also the origin of the verb, the root suggesting the idea or proposal is thrown back as it proves unacceptable.

Order can be a command or arranged by some pre-agreed pattern. The command is first recorded in the 13th century and comes from the other sense, from Old French ordre 'position', Latin ordinem ' 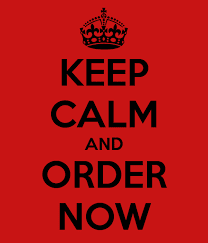 Park is another word with two uses, as a verb and as a noun. The noun, first used in Britain to describe an area of land enclosed for hunting purposes, it came to Britian from Old French. Ultimately this comes from a Germanic root, parruck meaning 'enclosed tract of land', a word which has also given us 'paddock', and while the earlier roots are uncertain, there is enough evidence to show they all refer to enclosed land. The verb originally borrowed the noun to describe how military vehiles were arranged in an enclosed area, quite literally 'parked'.

Pile has two uses, both nouns. Most often we think of the heap, a rough accumulation of something. This came to English from Middle French pile and Latin pila a reference to a 'stone barrier'. The other sense, of a heavy pointed beam, comes from Old English pil and Latin pilum, where the former referred to 'a stake' and the latter a heavy javelin used by Roman soldiers. 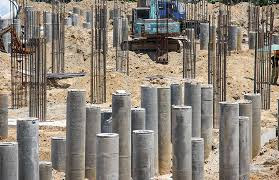 Pitcher is either a large jug or one who pitches. The latter originated as 'to thrust in, fasten, settle', thus the original pitchers were those who drove in pegs. The jug came from Old French pichier, that from Latin bicarium, and ultimately from Greek bikos meaning 'earthen vessel' and which is also the origin of 'beaker'.

Pole, another stake, can be traced back through words of identical meaning in Old English, Old Frisian, Old Norse, Latin and ultimately from Proto-Indo-European pakslo, also the root of the word 'peg' meaning 'to fasten'. Poles, as in the people, and who gave their name to their country of Poland, take their name from the Old Church Slavonic polje and known as 'the field dwellers'.

Pound has four possible uses:currency, weight, an enclosure, and to hit repeatedly. Both measurments take their name from the Latin, and ultimately from the Proto-Indo-European root pen usd to mean 'draw, stretch, spin'. The enclosure shares an origin with 'pond' in Old English pyndan 'to dam up, enclose'. To 'hit repeatedly' comes from Old English punian, used to mean 'crush, pulverise' as well as 'bruise'.

Punch is one of my favourite etymologies, and not because of the alcohol link and not for the physical sense either. It will come as a surprise to most to learn the drink gave a name to the fist form. Punch originated in India, brought to Britain during the days of the Empire, traditionally it includes five ingredients (no more or less). It is the five ingredients which gave the drink its name, it comes from the Hindi word for 'five'. The blow is taken from the drink, brought across with the expression a 'bunch of fives' and quickly adopting the word 'punch' for the action. 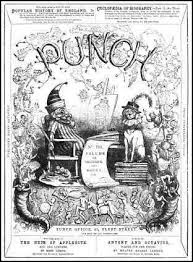 Pupil used in the sense of a child or scholar, originated in the 14th century from Old French pupille meaning 'orphan, child, ward, minor'. That part of the eyeshares the origin but from the earlier Latin pupilla 'little doll'. Looking into the eyes of another and you can see a small version of yourself, like a little doll, reflected back at you.

Quarry as in prey comes from Anglo-French quirreie, itself from Old French quirre which referred to the entrails of the animal caught and killed given over to the dogs who had taken part in the hunt. That where rocks or stone is excavated comes from the Latin quarreria 'place where stones are squared', it comes from quadrare 'to make square'.

Quarrel a row and the bolt used in a crossbow. The argument sense is not seen before the late 16th century, when it first came to England from Old French querele it was used in the sense of 'complaint, concern, business, dispute, controversy'. The crossbow bolt shares a similar origin, for the root is the Old French carre or 'square'. 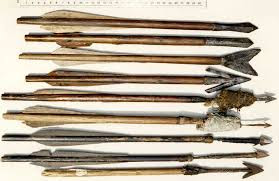