That was not what I meant. (A)

Recently asked when 'cool' stopped meaning 'not warm' and started to be used in the modern vernacular and, me being me, I started wondering what other words have changed meanings.

Research showed an astonishing number of changes and, being the wordsmith I am, I thought a look at a few each week would prove interesting. As there are so many examples, I shall split these by initial letters over the next few weeks

Abode came from the same source as 'abide', and thus originally used to meant 'remain' or even 'delay'. Shakespeare uses it in this sense in The Merchant of Venice with "Sweet friends, your patience for my long abode; not I, but my affairs have made you wait." Not long after this use of 'abode' became obsolete, and almost instantly switched to the modern meaning, this happening at the end of the 16th century.

Adamant would first describe a hard rock or mineral - lodestone or diamond, for example. It is easy to see why the modern use would develop from such, yet that is not recorded until the end of the 17th century.

Aftermath originally referred to the second crop of grass in autumn, the first cut taken in summer. That was certainly still in use until at least 1860.

Algebra comes from Arabic where al-jabr means 'the reunion', particularly of broken parts. In Spanish it still refers to the setting of bones, and also used in the mathematical sense. 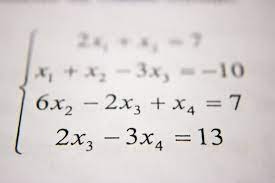 Ambulance shares an origin with 'ambulatory' as in 'walking' and originally referred to a 'walking hospital' - a movable hospital which moved about treating the wounded as it followed the fighting. Not until the middle of the 19th century did they begin using a wagon or cart to move the patients, while modern usage is post World War I.

Ammunition before the 17th century this referred to all military supplies, not just weapons and armaments.

Amuse first appeared in the 15th century as was used to mean 'delude, decieve'. By the middle of the 18th century usage changed to 'distract, divert'. The modern meaning of 'entertain' appears from the end of the 17th century.

Angina now refers to disease of the heart, originally the problem was whatis referred to as 'quinsy' today, a throat problem.

Animal / Beast / Deer - three words which we will examine in reverse order. Deer, is derived from a word deor, a Germanic term meaning, predictably, 'deer'. Examining the evolution of the word, it was earlier to to describe any large prey mammal; earlier still used simply to mean 'breath' or even more simply 'life'.

Animosity had a more positive meaning in the 15th century, used for either 'high spirit' or 'courage'.

Anthology is derived from the Greek anthos 'flowers' and the word literally means 'study of flowers'. Although the Greeks would have used it to refer to 'literary flowers' and a collection of poems.

Arrive the Latin ripa meaning 'shore' is the origin here. The original Old English usage being 'come to shore'.

Arsenal is borrowed from Arabic, where it meant 'house of art'. When it first came to English it was used to mean 'naval dock', this down to a misunderstanding of the Arabic meaning. While English has moved on, Spanish and Portuguese still use it to refer to a naval dockyard.

Atlas is, as many know, named from the mythological god who supported the world on his shoulders. For this reason the word came to be used for 'supporter' and even 'mainstay' before the current usage describing a book of maps. 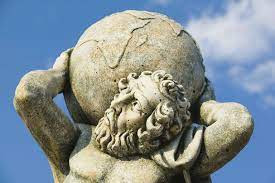 Attire used to mean 'equip', and when that was a war horse or a knight in armour, subsequent usage is easy to see.

Authentic meant 'authoritative' in the 14th century, then also as 'duly qualified' and much later the modern understanding.

Avenue is from the French avenir 'to arrive, approach', and this was the same in English until the early 17th century.

Awful is a word which Shakespeare used in the sense 'full of awe', and the modern negative sense only seen since the 19th century. 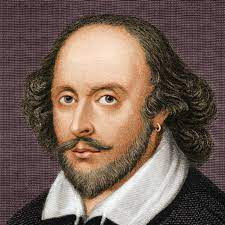 Awkward came to English from Old Norse, where it was used to indicate 'turning the wrong way' and also did in English, initially. Later usage saw it used to mean 'perverse', cantankerous, and finally 'clumsy'.
Posted by Anthony1956 at 06:49