Normally I post observations on words and language, etymology being my fascination. Yet occasionally I add something a little different, invariably these snippets are uncovered while researching - many will tell you how often you find more interesting stuff when looking for something specific than you ever find for the subject in hand - and one example came when I was looking through old copies of the Derby Mercury. One copy of the Mercury from October 1837, claimed that beech trees are never struck by lightning and how Native Americans have always known this. 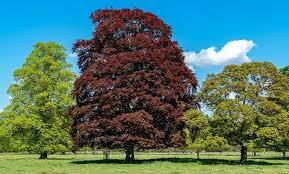 It nagged at me and so I chose to find out whether this was factual or not. I discovered the tree most likely to be hit by lightning is the oak. But this is not saying that oak trees will attract lightning more than any other, we also have to take into consideration the vast number of oaks and that oaks are likely the tallest of trees and contain more moisture than surrounding trees. 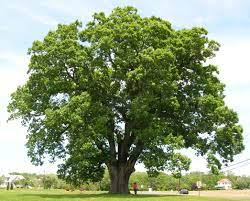 And the beech? Another sizable tree, but one which has a higher fat content than most woods, and therefore is a better conductor of electricity. This means the bolt of lightning is more likely to run to the ground. But does this make it safer? Absolutely not, leaning against any tree as it is hit by lightning is likely to mean you get a rather nasty shock (at best). 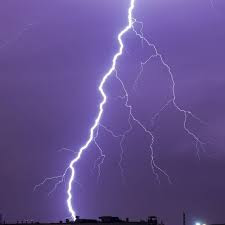 If any tree could be said to be less likely to be hit than any other, that might just be the birch. It has a high oil content and is a poor conductor of electricity. But any discussion regarding conductivity of the wood and its content is largely pointless, for lightning and thunder is invariably associated with something else - RAIN. Water is an excellent conductor, hence why you should not mix electrical appliances and the bath. If the tree is wet during the storm, any electrical discharge is likely going to run through the moisture rather than the wood. Furthermore, the person underneath the tree is likely wet through, too. Immaterial of the tree you're under, the likelihood of being hit is the same.
Posted by Anthony1956 at 06:19