That was not what I meant. (WXYZ)

I'm not commenting on the fourth word in today's list, I'm going for a walk instead.

Wade is today specifically 'to walk through water', originally it just meant 'to progress'. 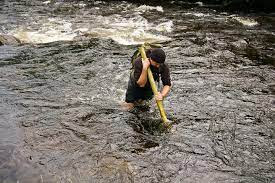 Wafts are only carried through the air, although in the original sense it described ships moving in convoy.

Waif or stray is an abandoned child or animal, but in the fourteenth century it was a piece of property without an owner.

Walk needs no explanation, except in the thirteenth century the word meant 'roll, toss'.

Watch, as in 'to be alert', was originally simply used to mean someone was awake.

Well as in 'healthy', began in English as meaning 'happy, fortunate'.

Wince is to 'shrink from pain', but in the thirteenth century meant 'to kick restlessly' and was used often when referring to horses.

With is 'accompanying' today, but in Old English it had entirely the opposite meaning of 'against'.

Wizard is a magician today, but if we look at it as 'wise-ard' we can see the original idea of a wise man. 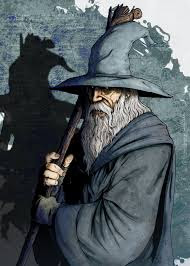 Wrong didn't mean 'incorrect' until the fifteenth century, prior to that it was 'crooked, bent'.