For the last few weeks, I have posted a number of words which have changed in meaning and/or usage over the years. I do hope you enjoyed some of these and found something interesting. 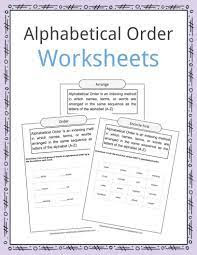 When preparing those posts, I discovered something which for me was really weird. Alphabetical order, the way I used to post the words and the system of sorting which is common to most lists, has only been used since about 400BCE. How on earth did anything get sorted before then and what changed? 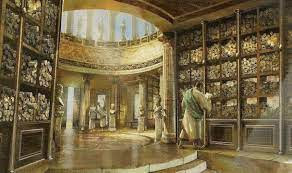 The first evidence of alphabetical order comes from the famed Library of Alexandria around 2,300 years ago. It is reasonably safe to assume this can never have been used unless alphabetical order was already in use - otherwise how would any user of the library have known where to look to find what they were looking for? Even then the use of alphabetical order would have been mostly pointless for most of the next 1,500 plus years, as most libraries and records offices simply did not have enough books and documents to warrant its use.

Take the famous Domesday Book, for example. The original is based on a system where they were sorted initially by status and then geography. Luckily later publications have opted to go for counties and then alphabetical order, or it might take many hours sorting through the 13,418 places listed. Two centuries later and religious documents are still being ordered theologically. Hence, 'angel' did not come before 'God', the order more based on status and then order of creation. Even as recently as the early nineteenth century, alphabetical order was seen as tantamount to sorting a broken mirror by just gathering up the pieces. This was how poet Samuel Taylor Coleridge described encyclopaedias, he preferred things sorted by themes. 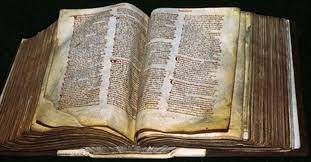 Before you laugh at the ridiculous ideas of how to sort items in a list or record, keep in mind it is not that long ago - before the days of the internet and the search engine - we often paused in looking up something, to wonder what will it be filed under? Remember looking up something only to find 'Look under ....."?
Posted by Anthony1956 at 06:16