That was not what I meant. (L)

With the original definition of 'lord' I might not want the title. I only said 'might', note.

Large today is the opposite of 'small', but when it first came to English in the twelfth century it was used more in the sense of 'liberal' or 'generous'.

Larva, that's the young of an insect, is the Latin word for a 'ghost, spectre'. 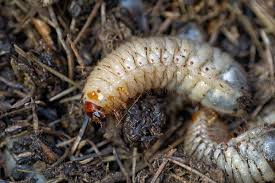 Ledger today suggests an accounts book, historically it was a book which remained in one place.

Legend may suggest a glorious tale or myth today, but its earliest use was specifically the story of a saint's life.

Liaison means 'cooperation, communication', but came to English in the seventeenth century to refer to the thickening of sauces (especially using egg yolks) in cooking.

List is a column of items or notes today, but originally referred to the 'border, strip' on the page.

Literature is surely nothing other than the written word, but in the fourteenth century it was used in a much more general sense to mean 'learning, knowledge'.

Litter has two meanings today - multiple births for an animal, or rubbish - but historically it came from Old French and meant 'bed'.

Loaf today refers to the whole baked lump of bread, but historically was used as a synonym for 'bread'. 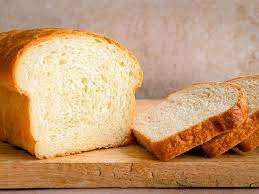 Loan has to be given back today, it's what the word means. But before the fifteenth century it referred to a gift, particularly one from a person of superior standing or a gift seen as coming from God.

Locket may be a small container worn as an item of jewellery today, but when it first came to English it referred to an iron bar across a window - designed, quite literally, to 'lock it'.

Lollipop is specifically a sweet on a stick, but before the eighteenth century it referred to any sweets.

Lord, as in the rank and not the deity, may be a member of the nobility today, but when first used in English described a hlafweard which literally means 'loaf ward' or 'keeper of the bread'. 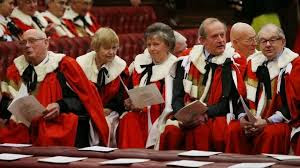 Lot, as in a large amount or many, came to English meaning 'portion' as is still used in words such as 'allotted'.

Lucid is a synonym of 'clear, plain', but when it came to English from French in th sixteenth century, it meant 'shining'.
Posted by Anthony1956 at 07:40