That was not what I meant (M)

Minion certainly has gone through some changes in meaning.

Machine may refer to a mechanical device today, but before the seventeenth century was used in the sense of 'structure, fabric'. 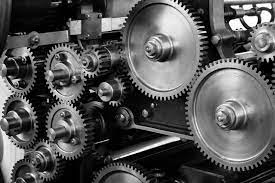 Main was once used to mean 'of greatest size' rather than 'chief, leading' as it does today.

Manipulation is used to mean 'to control to one's own advantage', which is a much more general sense than the original eighteenth century meaning of handling chemical apparatus.

Manufacture today is accepted as a mechanical process, when the original sixteenth century use was 'made by hand'.

Martyr is, as we all know, one who dies for a cause, particularly a religious cause. But originally it was a person who chose to die, be it at their own hands or that of another.

Medley is a 'mix' today, but in the fourteenth century this word, releated to melee, meant 'combat, conflict'.

Menial is, today, a very negative word meaning 'lowly' or even 'degrading'. But when first seen in English in the fourteenth century it simply meant 'domestic'.

Mere as in 'in its simplest form', began in the fifteenth century as 'done alone'.

Merry began in Old English as myrge and was used to mean 'pleasant, agreeable' and is most famously used in antiquity as in Merry England, where the early use is much easier to understand.

Meticulous or 'very careful', is derived from a Latin root meaning 'fear' and came into use in English in the sense of 'timid'.

Mildew began in English as a word with the same meaning as 'honeydew', a substance excreted by aphids (or a quite delicious organic ale brewed by Fullers and most certainly my favourite tipple). 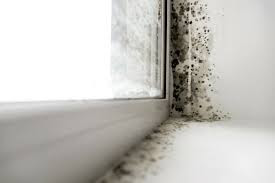 Minion, forget the little yellow things, the real definition is 'a servant, a petty official', but when it came to English from the French mignon, a word still meaning 'darling', it was used in the sense of 'lover' and particularly 'lady love'.

Minister has a similar complete reversal to 'minion', albeit the opposite bad to good. Today the church official, in the thirteenth century 'a servant'.

Mistake today is any error, originally it was used in the very literal sense of 'to take wrongly'.

Mode means 'fashion, manner' today, but in the fourteenth century referred specifically to music in the 'tune or 'melody'.

Moist or 'damp' today, but in the fourteenth century could be used to mean 'new' or 'liquid' depending upon context.

Mortuary is where the deceased are stored, but in the fourteenth century it referred to the gift claimed by the clergyman from the estate of the dead person. 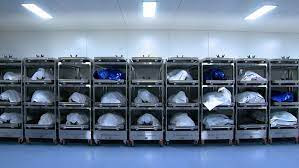 Muddle may mean 'confuse' today, but the fourteenth century use as 'wallow in mud' is still easily seen.

Must in Old English meant 'was able to' or 'permitted to', rather than the 'compulsory' sense today.
Posted by Anthony1956 at 11:29