That's Not What I Meant (B)

Having started looking at words which have changed meaning - younger generations use 'wicked' to mean 'good' and must be really confused by the Wicked Witch of the West being the baddie in that appalling or classic film, depending on your point of view - we shall continue with the next letter:

Baffle today has two meanings, most often used to mean 'bewilder' or 'perplex', but also used to describe the process of dampening down a noise. Yet in the sixteen century there are records of this being used as a synonym for 'disgrace'. Just how we get from that to the modern form is a mystery.

Balderdash may describe the use of nonsense speech or writing, but six centuries ago it was used instead of 'froth' or 'suds'. Bane, the cause of great stress or annoyance today, but read Shakespeare and note the earlier meaning was 'murderer'. This can still be seen when '-bane' is used in the suffix of plants such as fleabane, henbane, ratsbane, and wolfsbane - all of which are poisonous.

Barbecue, now a meal cooked over a grill out of doors and which, when poorly controlled, mean all the smoke and charred fumes enter through the neighbours' windows, once had a different meaning. It comes from Haiti, where the local word referred to a lattice of sticks which gave the chance to sleep a metre above the ground and the insects. The same frame was later used to roast animals .......

Buccaneer, as we all know is a pirate or adventurer. Yet as in the previous word 'barbecue' this can be traced back to that same raised platform for sleeping and later grilling, those grilling their meat this way known as Buccaneers.

Bask, as in the sun, is something many enjoy in the summer months. Perhaps it is a good job the original basking sense has been forgotten, for in the fourteenth century it described a person bathing in blood.

Batch is a group of things, perhaps a set. Although not heard as often as it once was, a 'batch' is also a small loaf. That latter definition is of interest because originally the word 'batch' meant 'baking'. It is easy to see how 'an amount being baked' became simply 'an amount'. 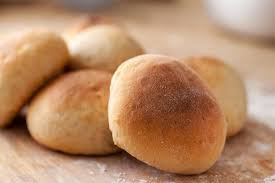 Beach today is invariably a sandy strip along the shore. Earlier it meant 'shingle' or 'pebbles' - not the shoreline of such but the small stones themselves.

Bead needs no explanation, these are the small decorative items strung on a thread and associated with terms such as rosaries or prayer beads. Those prayer beads are relevant as 'bead' originally meant 'prayer' and shares an origin with 'bid'. 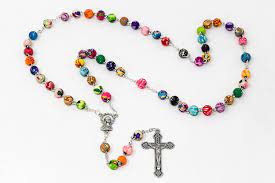 Beam as in a long piece of wood, such as a plank, is a modern idea. But in the early days of the English language, more than a thousand years ago, the word was a synonym for 'tree', as can still be seen in names such as 'hornbeam' and 'whitebeam'.

Blunt, as in 'not sharp', is the only use today, but earlier it was used to mean 'dull' but not as in 'blunt' but as in 'stupid'.

Boast was used to mean 'loud voice' for most of the time and only got its modern meaning of 'brag' in the eighteenth century.

Bombs today are generally used to refer to explosive devices dropped from the air or planted in a chosen location and detonated remotely (or by using a timer). Historically, it was an explosive device fired from a mortar. When first used in the seventeenth it was pronounced 'bum' and today there is an increasing tendency to pronounce the final 'b', something which will likely become the norm - but this is simply the evolution of the English language, however annoying it may seem to some (including me).

Bonkers is a surpringly modern word, unrecorded before the twentieth century. Today it is used to me 'crazy, mad, batty', but when first used it described someone who was 'slightly tipsy'.

Breath, correctly that which is expelled from the lungs when exhaled - which is why you can only see your breath on cold mornings after breathing out - and the reason why it did have the alternative use of meaning 'vapour', has for most of the life of English (ie fifteen centuries) has been used to mean 'odour, smell'.

Brook is mostly used to refer to smaller water courses, but also has the sense of 'pit up with, tolerate', and that latter sense is where the change has occurred. Yet until five hundred years ago, the word was used to mean both 'use' and 'enjoy' - compare the modern German brauchen. 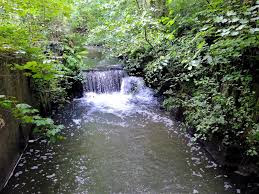 Brothel is only ever used to mean one thing today - I'm assuming that meaning requires no explanation - but that meaning has only been in use since the seventeenth century. For the century previous it had been used as a synonym for 'prostitute', but for the majority of the timehas referred simply to a 'worthless person'.

Bulb, that from which plants such as daffodils and tulips grow, has only been in use since the late seventeenth century. Prior to that, a bulb was only used to describe the 'onion'.

Bully, a person who is cruel to another, dominance usually based on size alone, has only been used in this sense for three centuries. Prior to that the meaning was very different and seen in such as Shakespeare's A Midsummer Night's Dream "What sayst thou. nully Bottom?" Now any devotee of the Bard will know Bottom is never a bully in the modern sense, but would certainly be considered a bully in the historic sense, for it has gone from one extreme to the other and originally meant 'fine fellow' with regard to men and 'sweetheart' in regard to the ladies. 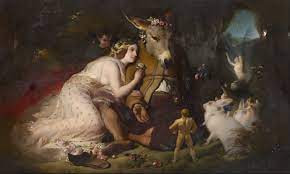 Bunny, now a child's name for a rabbit, is first recorded as 'bunny rabbit' in 1690. Here the original sense is used to describe the rabbit, for it was a term of endearment, especially for a woman or child. Incidentally, the word 'rabbit' was once only used for the young of those lagomorphs, the adult being known as a 'coney', itself pronounced to rhyme with 'money' and undoubtedly the reason it fell out of use in Victorian times. 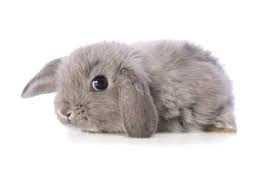 Buxom today means ..... well, buxom. Until the twelfth century it was used to mean 'obedient, compliant', until the sixteenth century 'flexible, blithe', and only comparatively recently as 'well-rounded, attractive'.
Posted by Anthony1956 at 04:47