If you have ever tried to explain the concept of left and right to a child, you will understand just how difficult the concept can be. Invariably we make the mistake of facing them, then they have to learn the mirror image problem.

Now try to explain it to an adult, for example an alien who wants directions to Proxima Centauri (yes I know left and right would not enter into it), or perhaps a better way to look at it is explaining left and right on the telephone. Is it possible? One solution offered is to face north and then the sun rises on the right and sets on the left. However if the aliens are telephoning from their spaceship in orbit, that explanation will never work. There is no perfect answer, and neither is there an answer to clockwise and anticlockwise if you don't know what a clock face is and pointing (or whirling hands around) is not an option. 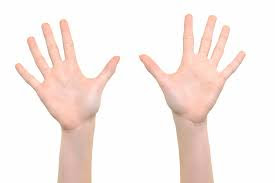 Etymologically right and left are easy enough to explain. Right, from Old English riht, simply tells us it is the correct hand to use, although this use is unrecorded before the 12th century. The same Old English origin for left, this time lyft originally used to mean 'weak, foolish' before being the opposite of right. Historically lefthandedness has been frowned upon - many will be aware of the Latin sinister meaning 'left' and with it the negativity of being lefthand dominant.

If the left is so undesirable, why does marching in the military go left, right, left right - should it not be right foot first? It has nothing to do with marching, but fighting. When engaging another in combat the natural stance for most, being righthanded, is to defend with the shield in the left hand, thus when pressing an attack the left foot leads and did for over a thousand years.

I thought it might be nice to look at left and right in other languages, to see if this right and wrong message is the same there. See for yourself as we start with 'right': 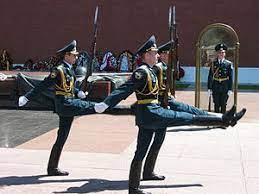 And now the left:

German links only used for 'the left'.

Italian sinistra as with the Latin mentioned above. 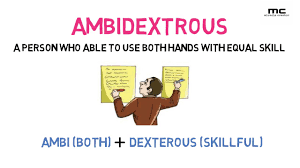 Yes, for Indo-European groups the idea of good right and bad left is very much the case. Elsewhere, not so.
Posted by Anthony1956 at 12:14