What On Earth? (Or Venus)

So I decided to look elsewhere in the heavens and see what names other languages had given to the remaining seven planets in orbit around our sun. Below is the language, its name and, where possible, the translation. Many nations simply use the same name, albeit with the phonetic spelling reflecting local pronunciation. As these clearly come from the same source as the English names, I have concentrated on the alternatives and this time the planet Venus. 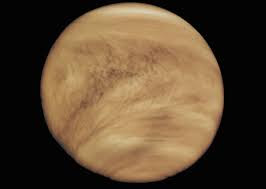 Albania - Aferdita - 'the morning star'
Arabic - Zuhra - comes from the Arabic root meaning 'to shine'.
Aztec - Li - as far as written records show, this was the only planet the Aztecs were aware of - although it seems impossible they were not aware of Mars, Jupiter, Mercury and Saturn, too. They knew Venus as association with two of their gods, depending upon whether they saw it as the Morning Star and Quetzalcoatl, or the Evening Star and Xotol. Both gods were worshipped for centuries before the Aztecs and there is no reason to believe any of the Mesoamerican peoples and their religions saw the morning and evening appearances as two different planets or gods.
Babylonian - Delebat - associated with Istar, the goddess of love, sex, beauty, war, justice and political power also known as Inanna, she is entirely the same representation as Venus and/or Aphrodite.
Bengali - Shukra - is a figure in Hindu mythology, the name derived from a Sanskrit word meaning 'clear, bright', certainly an apt description of the planet's appearance to us here on the Earth.
Farsi - Naheed - is again a different name for the same goddess, one whose talents are identical to those of Venus.
Gaelic - Ribhinn - is from the Old Irish word rigan 'queen'.
Greek - Aphrodite - the Greek personification of Venus
Hawaii - Hoku-oa Vallis - is simply the Hawiian name for 'Venus', however it is worth noting it is also the name of one of the valleys on our so-called 'twin planet'.
Hebrew - Nogah - is derived from a word meaning 'splendour, light' and a very good description of the planet's appearance from Earth.
Japan - Kinsei - kin is 'gold' and another comment on how bright it appears in our skies.
Kazakhstan - Sholpan - is a translation of 'Venus' and also 'planet'
Korean - Geumseong - 'star of gold'.
Malayalam - Shukran - from a Sanskrit word meaning 'clear, bright'.
Mandarin Chinese - gumsing - the gold planet
Maori - Meretuahia - 'the evening star'
Mongolia - Tsolmon - and is associated with sugar and Friday.
Old Czech - Krasopani - probably a simple translation.
Sanskrit - Sukra - 'clear, bright'.
Sumerian - Istar - the goddess of love and war
Tahitian - Taura - translates as 'memory'.
Welsh - Gwener - the name of Venus here translates as 'morning'. 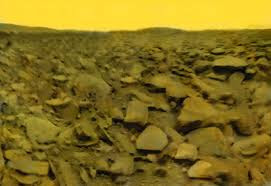 Note the spellings and characters used are English, so don't write to me pointing missing umlauts, accents, etc. or how I should have used a different alphabet.
Posted by Anthony1956 at 06:14