In the 17th century corporation officials claimed the seal represented the corpses of three armies of Christian kings, defeated here by Diocletian, this was repeated in the 19th century. The three kings said to have been Bor, Ro, and Cop – this held to be the origin of Borrowcop Lane. 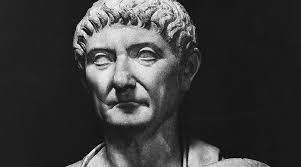 Back in the 7th century – for many years the ‘grey battle field’ explanation of the place name of Lichfield was given. This is said to come from a 7th century battle, Caer Lwydgoed stated the Welsh of Powys capturing 1,500 cattle, 80 horses, and five bondsmen. Later the place name was said to come from Middle English lic ‘corpse’ was the basis and thus ‘field of corpses’ and said to be the 7th century battle or, through pure conjecture by Matthew Paris of St Albans Abbey in 1259, that some 999 Christians were martyred here by the order of the Roman emperor Diocletian (284-305). The story was compounded in 1549, when the new city corporation decided to use the image on its seal and featured for over a century. 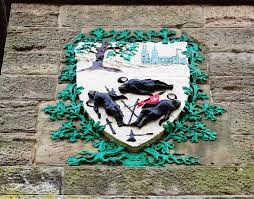 An interesting story but that's all it is, a story. It has absolutely no basis in fact.
Posted by Anthony1956 at 07:10