1904 – January. John and Sarah Ann Langley of Tamworth Street, Lichfield are charged with neglect of a five-year-old of John Langley. The courtroom was surprisingly crowded, with large numbers outside. This lengthy court session lasted from 11am to 11:45pm. Albeit less 1.1/4 hours for lunch and tea (how very civilised). John had four children from a former marriage, the youngest Arthur Langley was just 6 years old. Sarah Ann had ‘several’ children by her former marriage and three of these were still living with her at the time. John had gone to Dr F M Rowland in July 1903 saying nothing could be done to stop Arthur’s old habits, including going into the streets picking up food from refuse and eating it. 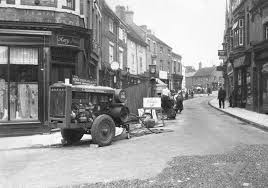 He was admitted to the workhouse afterwards, seeming of good weight, although small and not as bright as others of his age, exhibited no odd behaviour, nor was he troublesome. He remained there until August 31st. Despite an unexplained weakness of one arm he seemed fine and was released. On December 22nd 1903 the doctor was called to the home again. He saw abrasions to the neck, the small of the back, his left knee, and a bruise on the right thigh. This child had lost weight since he had seen him in July. He was returned to the workhouse, examined but saw no evidence of over eating, marks seen could easily be everyday bumps, bangs and cuts, but the child seemed unwell, although with no true evidence of mistreatment. Father John Langley tried to make his son’s removal to the workhouse permanent, saying he could not be controlled, he wandered into the street where he could easily be run down. He was seen to eat the offal discarded in the streets, and known to eat horse dung. 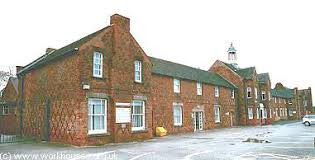 At the end of December 1903 he weighed just 29 pounds and was very thin. By the time the magistrates received the case he had already gained some weight. An employee gave evidence to say he worked as a baker for Langley and had seen the boy tied, using a muffler, to the chain of a swing in the September, where he was observed from 9am until well after midday. He saw him there many times, always badly dressed for cold weather. One daughter appeared to be the one putting him there. Put in the yard as soon as he awoke, while the rest of the family ate he was looking in through the window. While occasionally passed a crust by that same daughter, he would also eat of the swill from the bucket, and pick crumbs from the floor of the yard. That same employee, baker John Millington, had put food in the lad’s pocket and sent him to the bottom of the yard to eat it unseen. Millington also saw the father strike the boy, knocking him across the yard, and for an hour or more tie his left arm to his left leg seemingly just to torment the child. He was certainly treated differently to their other children, with no cap, had buttons missing from his jacket, inappropriate open neck in winter, given no muffler or scarf. Millington told the father to take him to the doctor about his paralysed arm, also warned the wife to do so should her husband fail. The boy was often heard to cry or sing pitifully, the child could not enter the house or climb off the swing without help. Millington said he dare not interfere for fear of repercussions. Langley explained the paralysis was the result of illness at two months, and he tied the limb to encourage him to use the arm. Since then Millington had left the employ and reported the matter to the NSPCC. 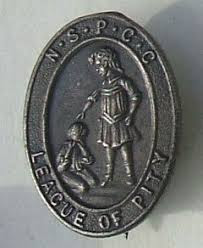 Another employee, Frederick Statham, backed this evidence, adding he saw the father plunge the child into cold water for no apparent reason, leaving him outside in all weathers. Statham left their employ in October 1903. A neighbour added he had seen the lad outside in all weathers, coughing, apparently seemed pained when walking trying to keep warm, seen eating off the floor of the yard. The NSPCC corroborated his evidence. Defence claimed this was a bad child, born of a consumptive mother who died shortly afterwards. He was given plenty to eat but chose his awful diet, a sibling also died young showing clear signs of the mental problems of the mother.

Defence witness, a baker friend of Langley, said nothing was further from the truth. He was fed well. Allowed to warm himself in the brew house where there was always a fire. Fed well with his father’s dinner and also diet of eggs, port wine and boiled milk. He damned the witnesses for the prosecution for having an axe to grind as they left following insults to Mrs Langley. Mrs Langley, her daughter and other witnesses also said the child was treated no differently, even making allowances for his mental problems. Found guilty the parents were find £25 each, such leniency because imprisonment would also penalise the other children. They were given two weeks to pay. Crowds outside virtually rioted at this announcement, with boos and groans following the initial announcement of ‘guilty’. Both upstairs windows and frontage of their home was smashed as the crowd vented their anger.
Posted by Anthony1956 at 06:48