1907 – Monday 1st July and the communication cord is pulled on the LNW express from Liverpool at 2pm and stopped at Tamworth. Guard discovered it had been pulled by Mrs Higham, wife of the MP for Sowerby in Yorkshire said her 3.1/2 year-old child had fallen from the train. All trains alerted as far back as Stafford and all stations began a search. 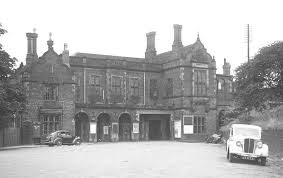 At 4:30pm news came through that the child had been found at Hademore and, badly hurt but alive, was at the cottage of Mrs Smith near Whittington Bridge. Stationmaster Mr Mathews of Tamworth had a down train stopped and accompanied the mother back to Hademore and Whittington, first aid being administered by the district nurse and Dr Homan of Lichfield soon after arriving. A platelayer ganger had been working when he noticed something moving, it proved to be the child. He carried the child to the cottage after sending a lad to find the nurse whom he had noticed cycling by a few moments earlier. A policeman sent to summon a cab from Lichfield but met the ambulance on the way. How the door came open on a train travelling at 60mph was never discovered, he was a large boy for 3.1/2 years and it was suspected he had managed to open it himself. 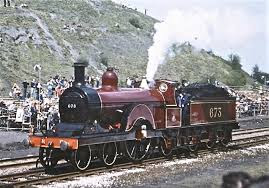 His escape was deemed a miracle, his fall smashing several large stones. He bounced for some 40 yards, coming to rest on the outer edge of the opposite line. He was inches from the line when found and, although conscious, had not attempted to move which was fortunate as the down express had passed not two minutes after he fell here. The driver of the down train had seen the body of the child and felt certain he had hit the mother, as he assumed she would be carrying the infant. He reached Lichfield and alerted the stationmaster who had summoned the ambulance. Father arrived from London Euston later that evening, returning the next day where he made a statement thanking all for their assistance and stating his son was ‘progressing nicely’.

The Lichfield Mercury thought the headline “Excitement on the Train Line near Lichfield” appropriate.
Posted by Anthony1956 at 05:12