That's Not What I Meant (N)

Interesting to see naughty children were not always naughty.

Naughty is not that had to see as meaning 'having nothing', especially if we tweak the spelling to 'noughty'. The change from 'poor' to the present 'mischievous' came about when a later use was as 'bad' or 'inferior quality'.

Net, in the sense of after deductions or additions, came to English in the fourteenth century from the Old French net meaning 'neat'. This was not only the original meaning but is also a tidy way of describing the financial sense. In later years 'net' was also used in English as synonyms for 'smart, clean, bright'.

Newfangled is to be seemingly modern, but in an overly complex way. Back in the fifteenth century it was only used to describe someone fond of things new.

News, something I personally loathe as it isn't informative it's gossip, is a word which came to English in the fourteenth century and was used to mean 'novelties'. Ah, now if the BBC had a 24-hour channel devoted to novelties - I still wouldn't watch it. 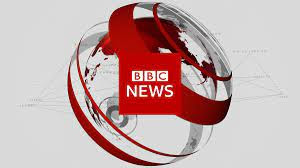 Nice, that is as in the rhyme with 'rice' and not the French city, came to English from Old French in the thirteenth century and was originally used in the same sense as the French word, that is to mean 'silly, simple' and is derived from the Latin nescius 'ignorant'. Incidentally the French city was named by the Greeks after the goddess Nike, and her name is thought to come from the Proto-Indo-European neik 'to attack', which also fits nicely with Nike being the goddess of victory. And if you that is confusing, read on …….

Niece is first seen in English in the early seventeenth century, when it was used to mean 'granddaughter' or simple 'female descendant' and not the very specific 'daughter of a sibling' as it does today.

Nightmare is not considered politically correct today, the modern term seems to be night terrors, but when it first came to English it referred to the evil female spirits held responsible for the for bad dreams, which they created by pressing down on the sleeper. Note this earlier use is still the only sense until the middle of the nineteenth century, meaning 'nightmare' fell out of favour inside 150 years. Imagine if every word in the English language changed its meaning and was then kicked out of the dictionary in just 150 years? What a nightmare!

Noon is that time in the middle of the day when cuckoo clocks push their luck. Until the thirteenth century, 'noon' was a term only used in religious conversations where it was referred to as nona hora, which is Latin for 'the ninth hour'. As the day began at sunrise (for the sake of argument six o'clock on average), the ninth hour would be three o'clock in the afternoon. Interesting to note only English and Dutch use 'noon', every other European language uses a word related to 'midday'. 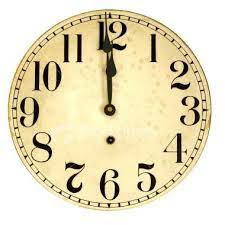 Nostalgia isn't what it used to be. No, really it isn't for in the eighteenth century it would only be used by Englishmen abroad who were pining for the old country. Earlier nostalgia referred to 'home sickness'.

Nuzzle is one of those modern words used to refer to close contact with another's face. It's also used to describe the actions of a pet rubbing its muzzle against its human/owner/keeper (never will understand that). Originally it was used to mean 'grovel' (that I understand), where the idea is to see someone with their nose to the ground. 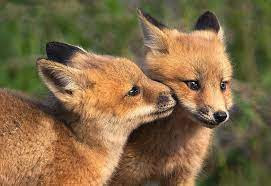