Barnard Davis was a doctor of Shelton in Staffordshire. Still a student in 1820, he boarded the whaling ship sailing for the Arctic as the vessel’s surgeon. Not for another twenty years did he become a member of the Royal College of Surgeons and elected as a Fellow of the Royal Society in 1868. 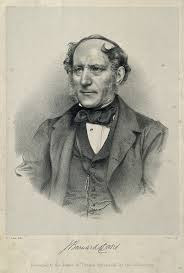 An active and important member of Stoke-on-Trent's Athenaeum, he helped establish the first Museum of Natural History, Pottery and Antiques. Yet is for all his other achievements, he is best remembered for his huge skull collection. He began with his first two skulls in 1848 and, by the time the Royal College of Surgeons purchased his collection shortly before his death in 1881, he had amassed more than 1,800 examples. 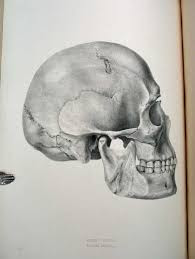 He was a polygenist, a controversial belief that the different human races have different origins.
Posted by Anthony1956 at 07:01