15th February 1902 and Maud Shipley, aged 28 of Lombard Street was arrested when found running down Lombard Street at 10:40pm by PC Williams shouting, “Oh my lad, what have I done?” At her home on the sofa in the kitchen they found her husband Frank. Part of the lobe of his left ear was missing, there was a wound to his neck, and a 1.1/2-inch gash to his face – he was bleeding heavily. A white-handled knife also covered in blood was also present. 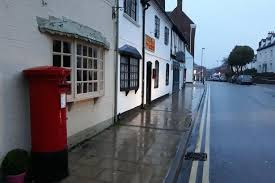 At the inquest adjournment followed, as victim was unable to attend. A week later, head swathed in bandages and looking very unwell, he gave evidence. He was a waggoner, employed by Mr Summerfield, a coal dealer. He left work, called at the Mitre Inn for a pint, then arrived home to find his wife very aggressive, agitated, excitable, the worse for drink and demanding money. He refused and went out for a shave. On coming out of the barbers’ she was waiting for him and again demanding money. She followed him home, again and again demanding money. Eventually he went back to the Mitre Inn to fill a bottle with beer so he could drink it with his supper. 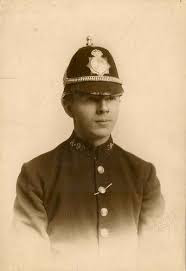 The couple had three children, the oldest 5 and youngest almost 2. Sister said she had seen her sister Maud several times that day complaining of money, she had shared a beer with her, and two other women had got her from the Grapes Inn, and thought her ‘half and half’ with the drink. A passer-by saw her banging on her door, screaming “I will finish the bastard before the night’s out”. She then re-entered, he watched as she picked up a knife and stabbed Frank three or four times in quick succession. He passed her as she ran out and attended to the man who was bleeding profusely and he stated “She was three sheets”. A second passer-by arrived to assist. Second witness went for the doctor and the police. When the doctor arrived, he noted a great deal of blood both inside and outside the house, the place looked like a slaughterhouse. Sent to court she claimed her husband had thrown that very knife at her twice before, although there was no evidence to support this. She was sentenced to three months with hard labour.
Posted by Anthony1956 at 06:30