Here are another selection and, having done A to S before, now to finish the alphabetical list with a selection of others:

Tear comes as either to rend or to cry and, if I had had to choose, the ripping would have been my choice to come first. As you will already have guessed, the crying came first, that from Proto-Indo-European dakru with the same meaning. The ripping 'tear' does not appear in English util the 14th century, prior to that we used synonyms, while this second use is derived from Proto-Indo-European der meaning 'to split, flay, peel'. 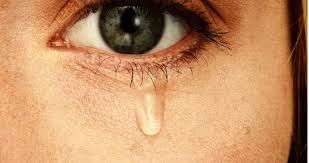 Tender meaning soft, easily injured', can be traced back to Greek teren and Sanskrit tarunah, each with identical meaning and themselves from Proto-Indo-European ten 'to stretch, thin, weak, young'. Tender as in 'to offer' came to English from Middle French tendre and from Latin tendere, both from that same Proto-Indo-European root ten and hear used in the sense 'to stretch'.

Tie is either 'to knot' or 'to be equal'. The knot sense came to English from Old Norse tygill 'string', that from Proto-Indo-European deuk 'to lead'. In the competitive sense it is unknown before 1888, it comes from the other use and in the sense of 'connected'. 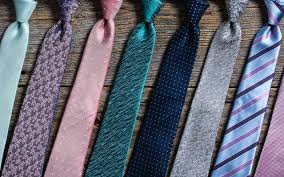 Tire is to 'make weary', it is derived from Proto-Germanic teuzon and Proto-Indo-European deu, both meaning 'to lack, be wanting'. I make no apologies for using the American spelling 'tire' instead of 'tyre', indeed until the late 19th century we Brits also used 'tire'. The wheel version came from 'tire' in the sense of 'equipent, dress' and is related to 'attire'. If this seems odd, you simply need to realise the old wooden wheels on the horse-drawn waggons, the metal hoop literally 'tied' the wheel together (as well as protecting it) and was therefore a tie-r.

Trip originally means 'to stumble', and was derived from the early English use meaning 'to tread, trample'. As a journey it is not recorded until 1959, but was certainly used prior to this and also certainly came from the other use. That 'trip' meaning 'journey' is a comparatively recent use is proof the claimed oldest pub name in England, Nottingham's the Trip to Jerusalem, has no basis in fact.

Trunk as in the chest or large box, comes from Old French tronc, the alms box in a church. The elephant's trunk takes its name from the trunk of a tree, itself originating ina word meaning 'to pass through'. 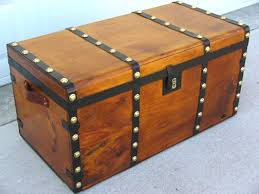 Wave, be it with the hand or a refence to the movement of water, come from Proto-Indo-European uebh 'to move to and fro'. Fascinatingly this has the same origin as 'weave'.

Watch - to keep an eye on - has its roots in religious devotion, when followers would have attempted to stay awake and alert for long periods. This then makes sense of the Proto-Indo-European root of weg 'to be strong'. It was this sense of 'a clock to wake up sleepers' which gave the name to the timepiece.

Well - a source of water and good health. The water source comes from Proto-Indo-European wel 'to turn, revolve' and thus refers to the bubbling of a spring, the source of well water. As in 'hale and hearty', the root is Latin velle 'to wish or will'. 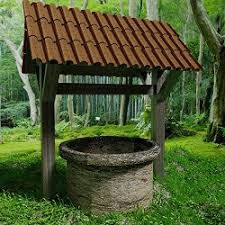 Wind as in 'moving air' has not changed since Proto-Indo-European we 'to blow'. When it comes to the sense of 'to turn, twist', there is the synonym 'wend' and that is the root, wendh 'to twist, entwine'.

Yard as an imperial measurement comes from the Old English gerd, originally not a measurement of three feet but a straight wooden pole created by pollarding trees. Doing so made the poles grow straight at first, these could be used for building. These were approximately three feet or one yard in length, but it was the Old English word for 'pole' which gave it a name. Old English also gave us the term for that enclosed area at the back of the house, geard used to mean 'enclosure, garden, court, residence'. Although the two words are similar, the pronunciation is the same.