Having blogged samples of my books on English place names and also examined the etymologies of the nations of the world and their respective capitals I thought it time I cast my net a little wider. As English place names share some links to other tongues it would be interesting to see if any of the elements contributing to our place names could be found elsewhere. Continuing an alphabetical tour of the world and a look at the largest of Thailand's cities. 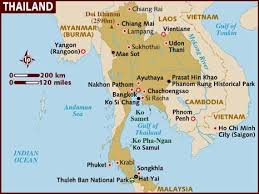 Bangkok's origins are unclear, although most often said to be bang 'village on a stream' and ko 'island'. Alternatively this could be bank makok, where the latter refers to Elaeocarpus hygrophilus a plant which produces fruit similar to the olive. 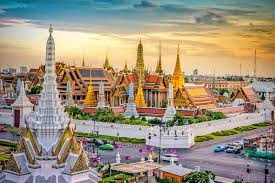 Pak Kret refers to its location as 'the village at the lesser bypass', not a road but a rerouting of the Chao Phraya River..

Surat Thani was named by King Vajravudh in 1915 as 'the city of good people'.

Chiang Mai simply means 'new city', although the city was founded in 1296. 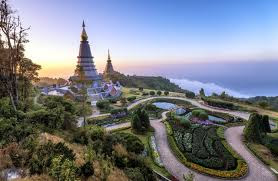 Nakhon Ratchasima comes from several sources: Nakhon is the Sanskrit for 'city', raj from Sanskrit for 'sovereign', and Thai suma 'temple'.

Nakhon Si Thammarat is 'the city of the righteous ruler', a reference to the religious concept of Dharma.

Nakhon Sawan describes itself as the 'heavnely city'.

Phuket is possibly from the Malay for 'hill', which would fit with its previous name of Thalang derived from 'cape'. 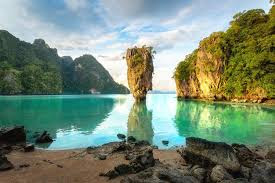 Ubon Ratchathani describes itself as the 'royal lotus city'. 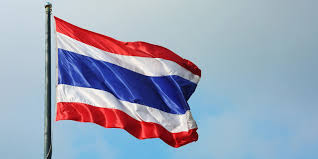 Note the spellings of the places are English as the piece is written in English.
Posted by Anthony1956 at 04:42